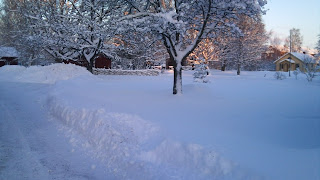 Pointers in Italy: International Conference and Breed Show – May 2009
An international conference on the Pointers was recently held in Alessandria in Northern Italy. Organised by the Pointer Club Internazionale and the Pointer Club D'Italia, this meeting took place at a former military fortress in the Italian town. The meeting was an outstanding success and attracted the most authoritative speakers on the breed from throughout Europe. The conference was opened by Pino Dellatorre, President of the Pointer Club D'Italia. The top table consisted of senior representatives from Italy - Domenco Atimonelli, Franco Zurlini, Jean Claude Darrigade, President of the French Pointer Club, Dr and Professor Gian Gaetano Delaini and Massimo Baroni who presented a dissertation in veterinary neurology. Vice president Artemio Spezia delivered an accurate picture of Pointer registrations in Europe.

Italy leads the field in terms of Pointers bred throughout Europe. Last year 3,333 Pointers were registered with the Italian Kennel Club, followed by Greece with 1,670 Pointers, France registered 1,541. Spain came next with 1,363 Pointers. In the United Kingdom 742 Pointers were registered with the Kennel Club in London. Franco Zurlini spoke passionately about the correct Pointer type. He referred to the Italian bible on the Pointer, Il Pointer and illustrated his speech with beautiful pictures of true Pointer type produced by Guiseppe Solaro in 1934.

I had been invited to make a presentation on the current status of Pointers in the United Kingdom, and Kennel Club initiatives affecting our breed. My presentation had been forwarded to Italy in advance of the event and had been translated into Italian for the benefit of the delegates. I delivered my presentation in English and Dr Marino Cervone d'Urso acted as my translator as I delivered each slide of my presentation. Marino has served as Consul of Italy in various countries including Scotland, Burma, Brazil and Angola. He has vast experience of the Pointer in many regions of the world under different hunting conditions. Jean Claude Darrigade, an experienced judge and hunter, emphasized the limited correlation between the result of the most important field trials (Grande Quete) and the practical utilization of the Pointer in the hunting field.

I was hugely impressed with the Pointers in Italy. They are amongst the best I have seen anywhere in the world. Before the conference, I was one of 5 Pointer judges who judged the International Exhibition Show. The other judges were Marina Bengsston from Sweden, Franco Zurlini and Oscar Monaco from Italy and Jean Claude Darrigade from France.

One hundred Pointers were on show. All Pointers in Italy are hunting Pointers and many compete in field trials throughout the country. In Italy the Pointers are given one of three gradings – excellent, very good and good. I had to grade each Pointer immediately after I had judged its confirmation, type and movement. I had to judge the Champion males, Champion females and the Open female classes. My winning Champion bitch handled by Susanne Legneskog went on to become Reserve Best in Show. She is Swedish Champion Pålamalmens Zanna, owned by Anders Cederström and bred by Marina Bengtsson. She is a beautiful orange and white bitch, balanced from nose to tail displaying true Pointer type.

The Champion male was Claudio Barzaghi’s Astro. Stunning in every respect with class written all over him. Carried a high head, powerful body and well muscled up. The top Open bitch was Marcello Della Valeria’s Dea Del Biondo – very attractive and took the ring by storm.

Incidentally there was a Championship show for all breeds held the day before and I saw some beautiful English Setters. Last year 20,000 – yes 20,000 – English Setters were bred in Italy. 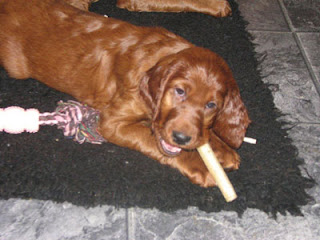 //all the best
Susanne 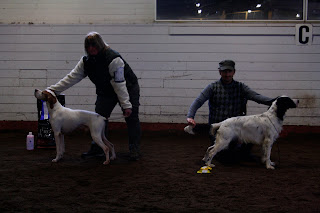 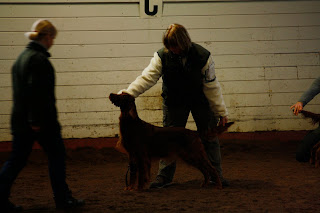 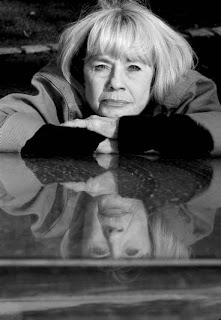 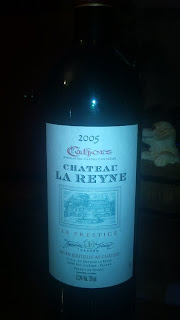 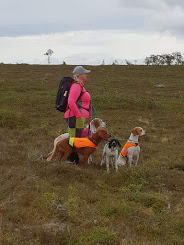